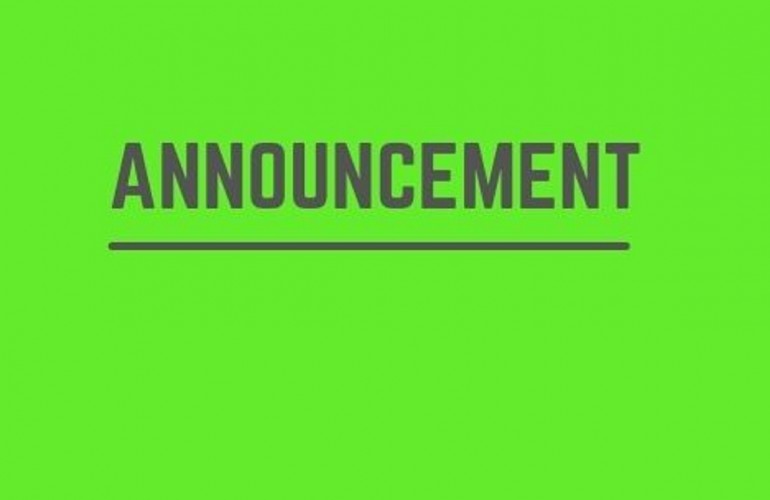 "The reflection of disability in art"

of the University of Macedonia

Regarding the Competition Department of Music Composition 7 (seven) works were submitted. The Jury consists of the following:

1)    Petros Vouvaris is an Associate Professor in Music Form and Analysis at the Department of Music Science and Art of the University of Macedonia, as well as director of the Critical Music Research Lab. He holds a doctoral degree from the University of Wisconsin-Madison, USA, a master’s degree from the University of North Carolina-Greensboro, USA, and a bachelor’s degree from the Aristotle University of Thessaloniki, Greece. His research interests lie in music analysis and hermeneutics, with a particular emphasis on early musical modernism and especially the music of Nikos Skalkottas. He has presented papers at international conferences in Greece, Cyprus, Serbia, Netherlands, Belgium, and the USA. His articles have been published in both Greek and international journals (Polyphonia, Musicae Scientiae, Series Musicologica Balcanica, International Journal of Educational Innovation, Muse-e-journal, American Music Teacher). His book Introduction to the Formal Analysis of Tonal Music was published in 2015 (Athens: HEAL-Link). He is a member of the board of the Hellenic Musicological Society and a member of the editorial board of the e-journal Mousikos Logos.

2)    Lida Stamou is a professor of music pedagogy at the Department of Music Science and Art of the University of Macedonia, founder and director of the Postgraduate Program "Music and Society", as well as scientifically responsible for the Baby Artist program. She is also the founder-coordinator of the "Volunteer Group TOGETHER WITH MUSIC: Music and Musicians for a Better Society". She is a certified teacher of the Suzuki method, the Orff method and the Music Learning Theory system. She has taught as an Assistant Professor at the University of Nevada, Las Vegas, USA. She is scientifically responsible for the project "Music and culture in the service of health, well-being and social inclusion". She has authored books on music education, has published in numerous scientific journals and has presented papers at numerous conferences in Greece and abroad. For a number of years she was chairman and member of the Board of the Hellenic Association for Music Education.

3)    Giannis Zarias was born in Athens in 1975. He studied classical violin in Athens and after his diploma, he continued his studies in jazz music at the Conservatorium van Amsterdam, in the Netherlands. He holds a doctorate in violin from the Department of Music Science & Art of the University of Macedonia and is a graduate of the School of Computer Engineering & Computer Engineering of the National Metsovo. He is active in the field of Greek music (traditional, rebetiko, art), while at the same time dealing with the wider Balkan music and improvisation. He is a member of the Rebetien bands, Rebetiko Trio (with V. Skouta & D. Mitaraki), ZaPaTavou Quartet, the modern string quartet Frog String Quartet. He has also collaborated as a violinist with many important musicians in the field, both in various music venues in Athens, as well as in various music scenes and festivals in the rest of Greece and abroad. Since 2007 he has been teaching violin and coordinating ensembles in the direction of Greek traditional music at the Department of Music Science & Art of the University of Macedonia, and since 2015 at the Music Department of the National Technical University of Athens. In this context, he has created with the students of the above two departments the string arc orchestras, respectively, "Violone Orchestra" and "NTUA Violin Orchestra".

4)    Elias Kourtparasidis was born in Thessaloniki in 1985 and is a disabled musician. He grew up in a family of musicians so he started his magical journey in music from a young age. At the age of seven he started playing the piano and writing his first pieces of music while six years later he won his first composition award at the Panhellenic Student Games. In 2003 he graduated from the Experimental Music High School of Pallini. He is a graduate of the Department of Music Studies of the Ionian University and also holds a degree in Sound Recording from SAE. For the last ten years he has been working as a music teacher and composer for film, television and theatrical productions. Since 2015 he has been involved in inclusive dance and has participated in several performances. He is a member as a dancer of the inclusive dance group EXIS and as a musician and composer of the inclusive theatrical group THEAMA. Since 2019 he is the co-founder and music teacher of the first inclusive (disabled and non-disabled) systematic training workshop for Theater and Dance ISON.

5)    Fani Athanasiadou was born in Athens but for reasons of accessibility she moved and lives in Thessaloniki. She is a member of the Writers' Association of Thessaloniki and a founding member of the literary group Ideokimata. He has published five collections of poetry. Her poems have been awarded in Panhellenic Poetry competitions, published in reputable print and electronic literary magazines and presented on radio broadcasts of Speech in Athens and Thessaloniki. For all her poetic work she was awarded by the Publishers Association of Northern Greece. She was honored by the Women's Network of Thessaloniki, the 3rd Lyceum of Giannitsa, the Panhellenic Union of Writers, the Speech and Art group "Ideomorfes", the K.A.P.P.A. 2000 and the ESAMEA (NCDP). She participates in Anthologies and International Poetry Festivals, participated in the Poetry Lecture of women artists from 30 countries of the Mediterranean and the Black Sea, in the International Poetry Meeting "Poetry on Rails", in the Festival “The Reflection of Disability in Art” in Poetry meeting POST_BORDERS. The State Theater of Northern Greece presented its theatrical Poetry at the Moni Lazariston. She participated as a speaker in European Conferences / Symposia, in University days (of AUTh, University of Macedonia, University of the Aegean) for the rights of citizens with disabilities, in Dimitria, in events of the General Secretariat for Gender Equality.