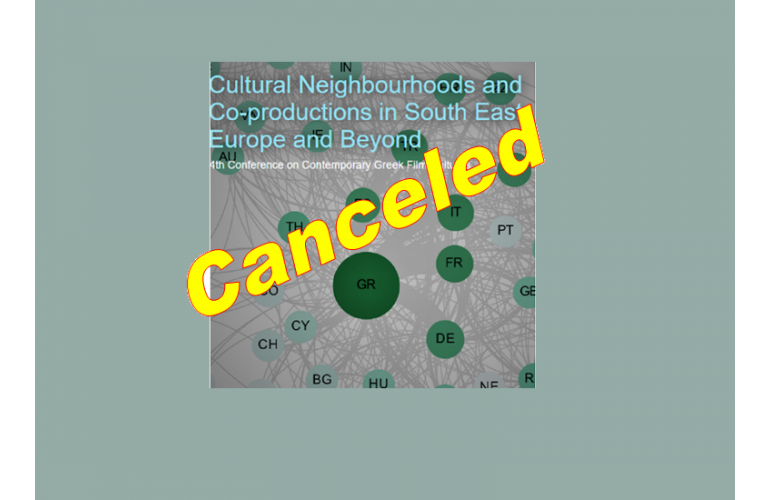 Luisa Rivi (2007) argued that in the last decades cinema turned into a privileged space for the examination of European identities. The shift to the ‘economy of signs’ (Lash and Urry 1993) reconfigured the ties of culture with economy. In the EU context, culture became a policy-oriented field (Shore 2006) supporting the processes of Europeanisation. At the same time, new borders transformed the European landscape and (re)drew the attention to south East Europe. The notion of ‘neighbourhood’ (Appadurai 1996) became significant both in the reconsideration of space in a more socially and culturally sensitive way and in the process of Europeanisation. In this framework, although co-productions were often defined as economic ventures, nowadays, they are considered a much more complex space of interwoven economic, cultural and political relations. This space often draws from past affinities, cross-border geographies, media policies, economic exigencies, political agendas as well as creative visions.

Touching upon these different perspectives of co-productions, the conference will explore how the Greek cinema connects to other regional cinemas like in south East Europe, (trans-)forming ‘cultural neighbourhoods’. Moreover, it would explore how these shifts become interwoven with the European cultural policies and identity politics and their impact on the (re)configurations of the ‘local’/ ‘national’ / ‘transnational’.
This thematic focus on the cultural, spatial and scalar aspects of co-productions responds to three interrelated circumstances:
·       Greek co-production history started in the post war period, a highly subsidised and ideologically divided phase for the national and regional cinemas in Europe.  It continued in the 1980s after Greece joined the EU. However, in the last decades co-productions cultivated the ground for a more ‘extrovert’ generation of creators (Papadimitriou 2018). The stress on co-production history can help us de-centre our gaze from bounded national perceptions of cinema by tracing inter-connections with Cold War boundaries and histories and how these histories create (or impede) meaningful regional collaborations today.
·     The transnational approach, which tried to overcome the desire for an uncritical consumption of national narratives (see Ezra and Rowden 2006) can be found both in film-content (script-lines, character construction as well as creators’ biographies) as well as film production (co-productions).  The transnational aspects of films resignify the ‘local’ so that it can address in a meaningful way regional, European or even global challenges. In this way, films attain wider circulation, increase their European value but also, they instigate new regional geographies (real or imagined).
·       Film co-productions and their exploration as multivalent and interconnected spaces can also help us rethink dualities such as culture/industry, creator/producer, national-transnational generating more inclusive and comparative understandings that cross and bridge disciplines such as social anthropology, cultural studies, film studies, area studies etc.
Possible areas of inquiry include, but are not limited to:
·        History of co-productions (case studies, comparative analyses are most welcomed)
·        Cinematic neighourhoods, regions and regional cinemas
·        Regional festivals and co-productions
·        European policies and regional politics, policies and practices of co-producing
·        Narrative content/ creativity and co-productions
·        Co-productions local, regional and European audiences
·        Co-production cultures and collaborative cultures in the region and beyond
·        Co-production hierarchies (small nations and big brothers in film industry, minor/major co-productions)
·        European imageries, old/new regional geographies and co-productions
·        Co-production and mobility of films and creators
·        Co-productions in teaching film, cultures and regions
The conference is organised by Prof. Fotini Tsibiridou and the post-doc fellow Eleni Sideri, department of Balkan, Slavic and Oriental Studies and the Laboratory for the Study of Culture, Borders and Gender (Lab/CBG)
There will be a registration fee of €40 (students attend for free), inclusive of a small lunch at the two main conference days, tea/coffee and a conference pack. Please send your abstract for a 20 min. paper (max. 300 words) [along with technical requirements and a short CV]  until June15 2019 to: contemporarygreekfilm2020@gmail.com
Conferences